I dare you to stand face-to-face with some of the most iconic, obscure and frightening horror monsters in an unforgiving, rouge-like 16-bit environment packed with zombies and no easy escape. I dare you to play a game in which the difficulty only increases until the inevitably and permanent death occurs… unless, of course, you against all odds manage to survive twelve days of horror and complete the game. Welcome to Devil’s Dare by Singaporean developer Secret Base – a beat’em up game heavily inspired by classic and beloved mid-90s arcade games.

16-bit simplicity and an otherwise minimalistic interface greets the player.

The essential mechanics of beat’em up and side-scrolling games are very simple, and whilst Devil’s Dare delightfully maintains that simplicity, it also introduces a range of new elements through six playable classes and plenty of weapon upgrades. The game initially offers four playable characters and two unlock-able characters; all four main characters being strongly inspired by games and comics such as Legend of Zelda, Teenage Mutant Ninja Turtles and Golden Axe to a degree where they may be considered as tributes. Unfortunately the otherwise well-polished characters feel much alike due to utilizing the same attack techniques and controls. This ultimately means that when the player has mastered one class, they have, with the exception of the different movement speed, mastered the rest.

A very interesting aspect to Devil’s Dare, and quite unique from other beat’em up games, is the implementation of the rouge-like permanent death. Similar to how old arcade games ended upon death, and required you to throw another coin in the slot, Devil’s Dare requires the player to either purchase a new life with the collected cash, or, if they can’t pay, wipe the save and restart. This strongly encourages and motivates the player to play more strategically than they usually would in similar beat’em up games; it’s highly rewarding to lure multiple enemies together for a good blow, for instance. Though, doing so is not entirely without risk, and with the steep and constantly increasing difficulty dying becomes both inevitably and very expensive. However, with every attempt the player refines their skills slightly and discovers new tactics and thus gradually progress further and further in the otherwise lethal maps. 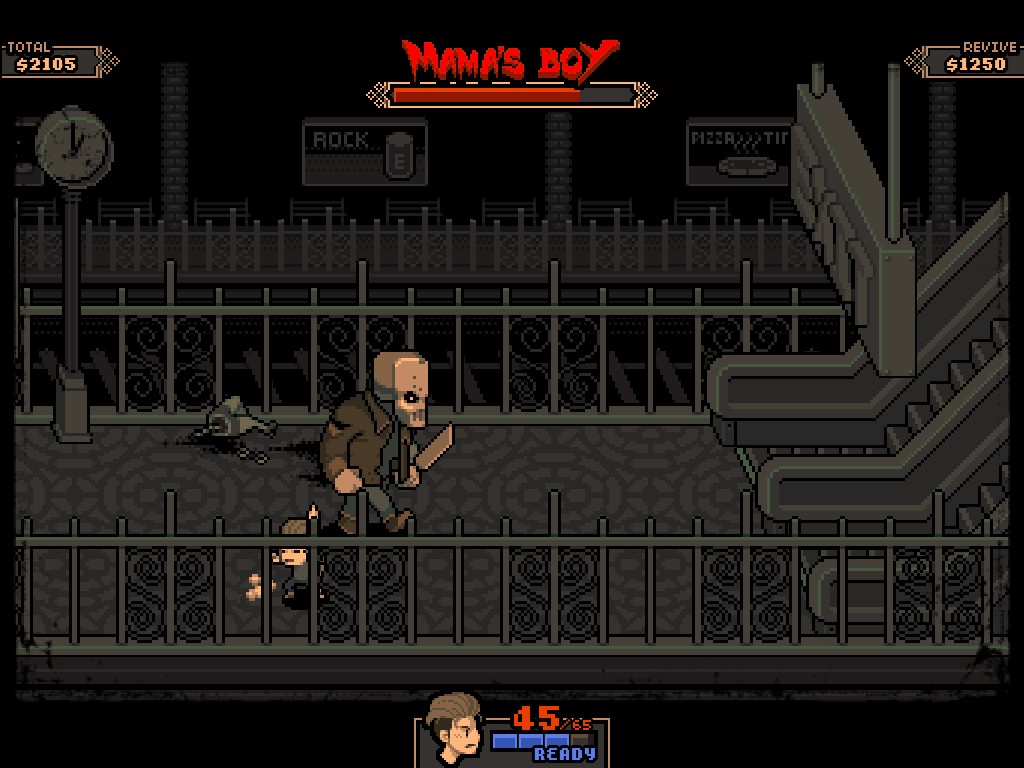 All levels features an iconic and, if you have watched any cult horror movies, recognizable horror character.

The aforementioned simplicity is especially present in the combat system where only two buttons are utilized during the actual combat – Z and X. This would under normal circumstances appear very limiting and restricting for a game solely about combat, but Devil’s Dare has greatly improved the traditional beat’em up gameplay beyond just implementing the permanent death. By placing blows and hits correctly whilst mastering the movement, players can rack up fatalities (somewhat similar to the classic K.O’s) and achieve mana-, food- and large(r) cash drops. The more fatalities the player perform, albeit at a higher risk, the more mana and thus special attacks become accessible.

Furthermore, the more money the player collects, the bigger chance they stand to complete the game as money unlocks weapon- and character upgrades (i.e. attack speed, defence, health..) and, most importantly, more lives. The significant role of cash can in other words be simplified to a matter of either living or dying – an importance which the permanent-death feature simply stresses even further. The above elements are unfortunately only applicable for single-player sessions as playing the local (no option for online matchmaking) two-four player co-up significantly changes the game. The enemies are not particularly stronger, faster nor more frequent – something which ultimately makes the game significantly easier with just two players playing locally. Devil’s Dare should thus not be bought for its co-op-option, but rather for single-player gamers interested in a truly hardcore challenge. 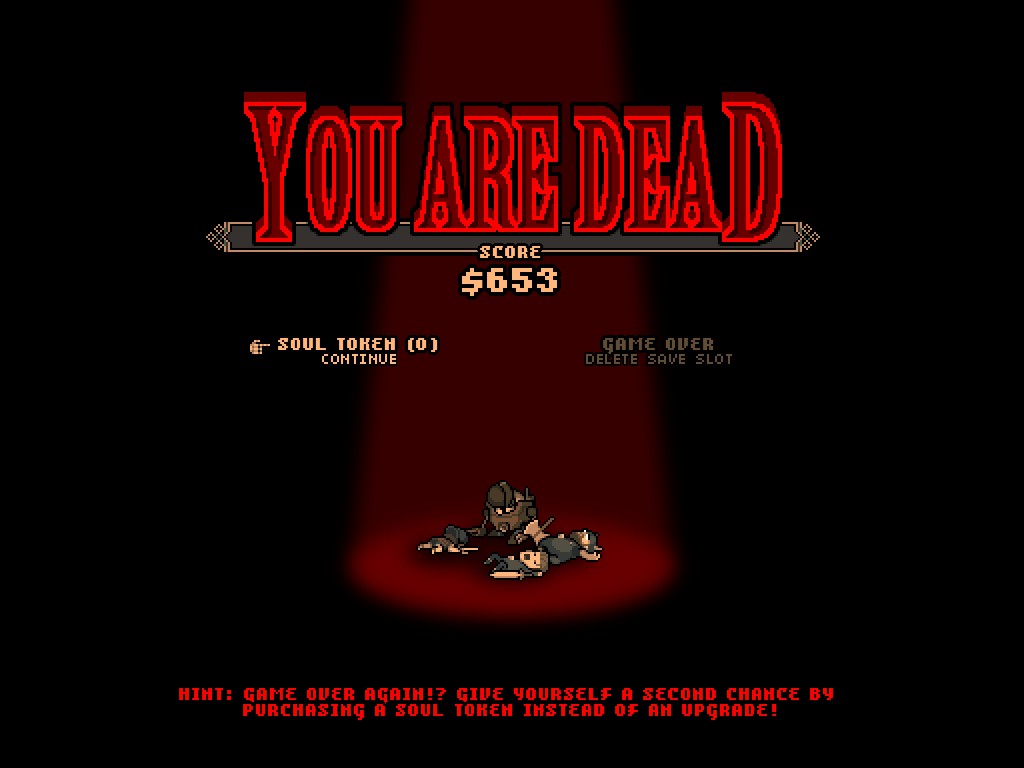 Devil’s Dare is in many ways a nostalgic trip to the 90s arcade games, on drugs. The game introduces the player to a highly challenging world dominated by unforgiving zombies and iconic horror monsters. It features simple gameplay and combat mechanics, but by borrowing rouge-like elements and implementing character- and weapon progression, Devil’s Dare manages to deliver an interesting and fun beat’em up experience which both newcomers and veterans alike can enjoy.