Introducing the second chapter of the Sunrider trilogy, developer Love In Space welcomes the player to the ever hectic student life at the imaginary Sunrider Academy campus. The player takes the role as Kayto Shields – a young and decently ambitious man whom, unable to decline, ends up being appointed as the school’s Club Manager. He finds himself forced to take the unwanted responsibility and must ensure the three worst-performing clubs regain a minimum of five members each, fix their respective administrations and compete in competitions. Kayto must moreover manage his already tight schedule to fit both a healthy focus on school, homework and exercise, as well as building relationships. 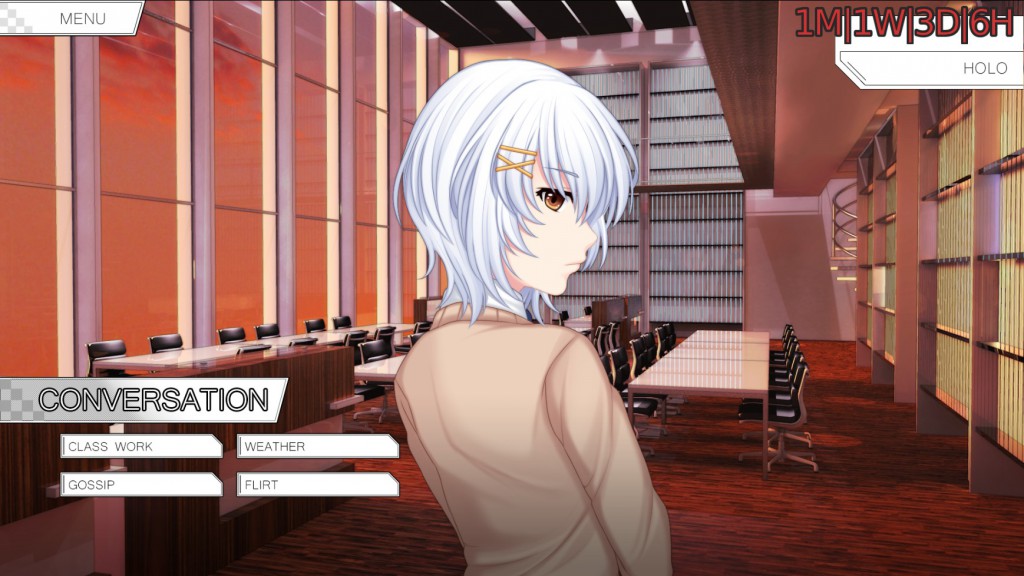 The controls and interaction are similar to other visual novels with the exception of the player’s holo in the upper right corner. This gives, once activated, a nice overview of the players current progress.

Sunrider Academy requires the player to pay a constant and very cautious eye at Kayto’s extremely tight schedule in order to properly explore the different character paths. It is evident that the dating-like aspect is meant as the end-game (and likely with different endings depending on which character you attempt to pursue), whereas the time-management is a mere requirement to get started. This can prove a surprisingly challenging thing to accomplish however. Fortunately the game does offer various difficulties allowing players to simply enjoy and explore the various paths without fearing a bad ending. Though, as the game does offer a delightful amount of choices, playing on a difficulty risking a bad ending does make the player think more long-term when deciding.

An unique aspect to Sunrider Academy compared to other visual-novels and anime games is the character progression. All activities the player engages in awards points in various categories (RPG-players, read: skilltrees) such as intelligence, luck, charisma and fitness. All events throughout the game are either directly or indirectly related to these parameters – passing an exam requires a high intelligence, for instance. Failing to manage your time properly means an increased stress-level followed by a higher risk of failing everyday activities and ultimately less points. Similar, success in dating depends on these parameters. 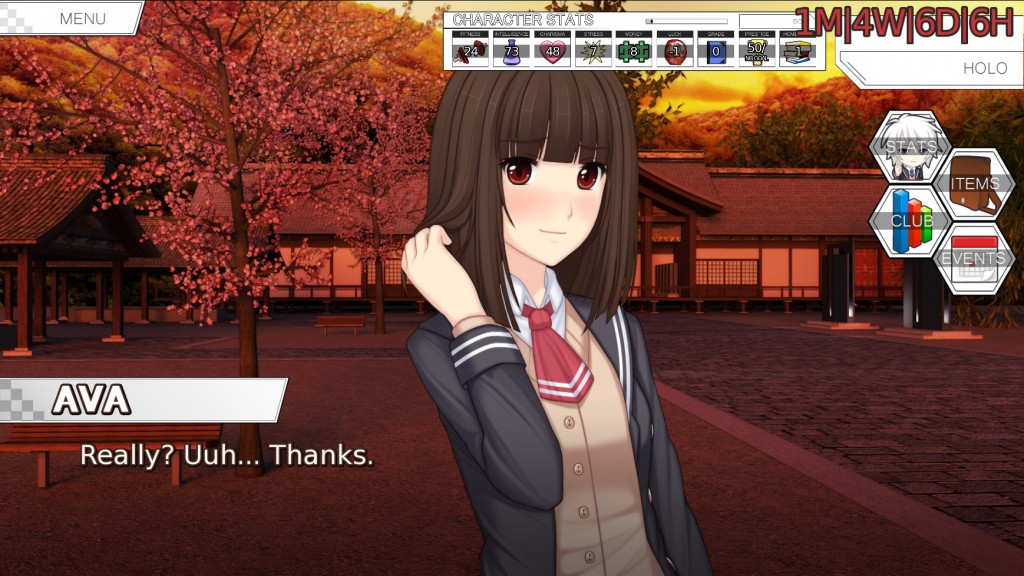 The game is, in its current state, very solid, but it’s evident that players only get to experience glimpses of the final product – image source.

However, these types of games does not appeal to everyone, and should not be purchased nor played by everyone. Whilst Steam has experienced an exponential increase of respectively visual novels and anime games throughout 2014, the genre does remain extremely unique and requires a genuine interest (or curiosity!) in anime. If you enjoy anime, reading and dating-like simulation (or perhaps just the everyday management similar to The Sims), Sunrider Academy appears to be a very solid game to explore. It is moreover beginner-friendly for players unfamiliar or inexperienced with the genre.

It is important to stress that Sunrider Academy mostly feels like an extended demo for what’s to come in its current state – one can expect about four of the announced thirty hours of gameplay. However, the developer appears very active and does listen to community feedback, so the estimated months of early-access might be worth the wait. In the meantime I’d recommend to check out the free demo if any of the above sounds appealing!